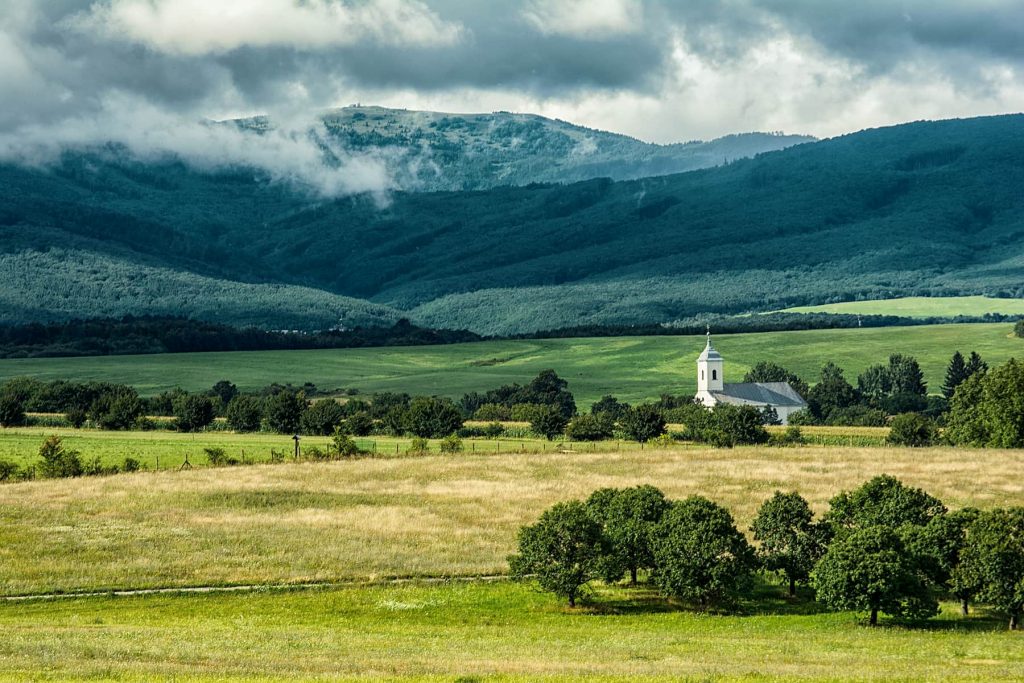 Previous analysis have shown that the cross-border micro-region equally suffers from a lack of sufficient quantity and quality of urban functions on both sides of the border. Subsequently, a cross-border approach is the most suitable way to tackle this problem. This project aims to fulfil the need for high quality urban functions through two initiatives. Firstly, by establishing a multipurpose centre (the Saint Stephan’s House will be a training center and the Vendéghy-castle will be a coordinating centre and marketplace) where educational programmes, trainings and other events will be held that will facilitate the reintegration to the labour market of those disadvantaged people who might lack competitive skills and knowledge, are long-term unemployed or face negative discrimination due to their ethnicity or gender. Secondly, through creating a cross-border network of local markets, the economy of the microregion is expected to revitalise generating further new jobs as well as raising the general quality of life of people living in the region. Thus the project is in harmony with the most important goals of the TAPE. 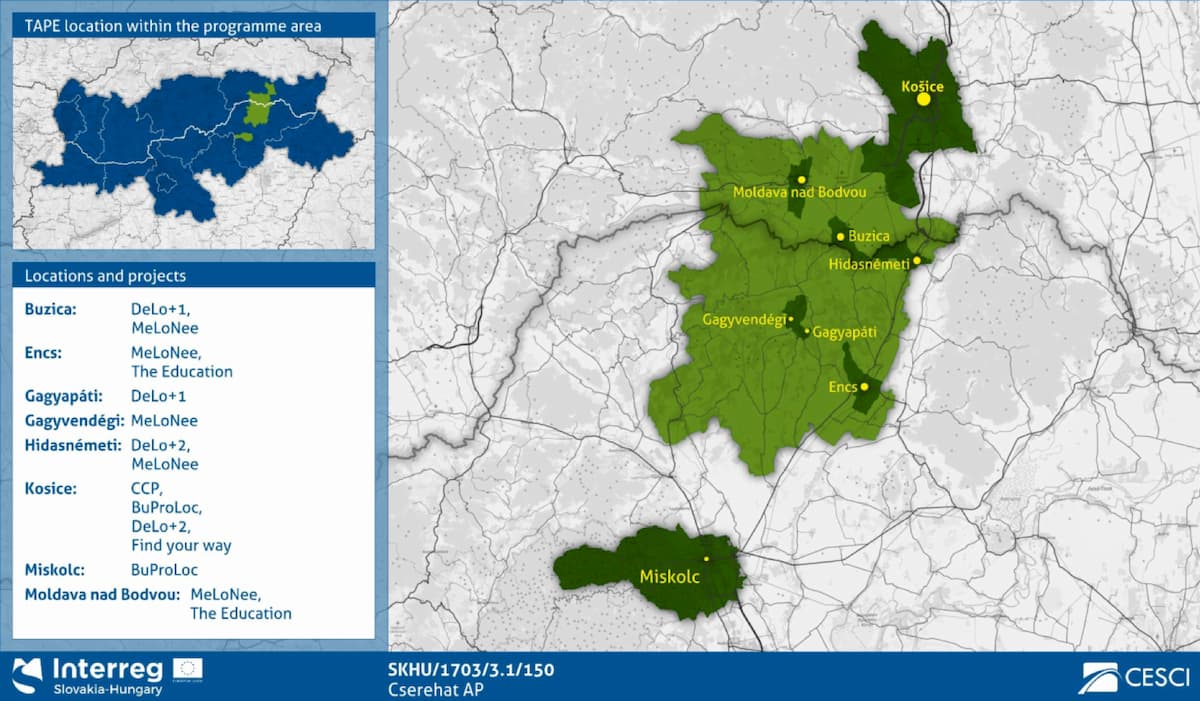 EZÚS Via Carpatia s.r.o., whose members are – Košice self-governing region and Borsod-Abaúj-Zemplén county within the INTERREG V-A program Slovak Republic – Hungary has prepared an action plan for the micro-region “Krásny Cserehát”.

Title of the action plan: Employment Cross-border Action plan of the Cserehát micro-region

The action plan was submitted by a consortium of 15 partners. The cross-border action plan contains 7 projects. In project no. 5 the city of Moldava nad Bodvou is also a partner.

Project partners: the city of

The design itself is based on the character of the locality and the heavily exposed building of the Business Incubator, whose original urban idea directly complements.

The unrealized stage of the building considered a continuous continuation of the mass in parallel with Školská Street, while to the north of the locality, in the created courtyard, it was considered with the square. The present proposal is directly related to this concept, when the orientation of the longitudinal part of the shelter is parallel to the street line, thus visually complementing the gap site and creating the character of a street. To the north of the situated shelter, a square is created, intended for street trading, or for holding various cultural and social events. The layout and construction solution of the Incubator allows to connect both of these spaces by using an opening in the perimeter cladding and thus functionally unify the interior and exterior space, which increases the variability of design and use of objects. Access to the object and the land will be barrier-free. Landscaping will take place within the land and there will be established small and tall greenery. Parking spaces for 9 cars will be located at the northern boundary of the plot, with access from the existing public road.

what are the benefits of your project for the region, goals:
According to the mayor of Moldava nad Bodvou, Slavomír Borovský, this project benefits from a higher level of long-term partnership with the city of Encs, and cross-border cooperation in the entire catchment area will gain new impulse. A new opportunity will be created for the sale of the required goods, especially for regional producers, growers and self-employed farmers.

The Marketplace object is dispositionally connected to the Business Incubator, which has a large hall on the ground floor, where in case of bad weather some occasional or thematically focused markets can move, such as stock exchanges, handicrafts or hand-made products and the like. 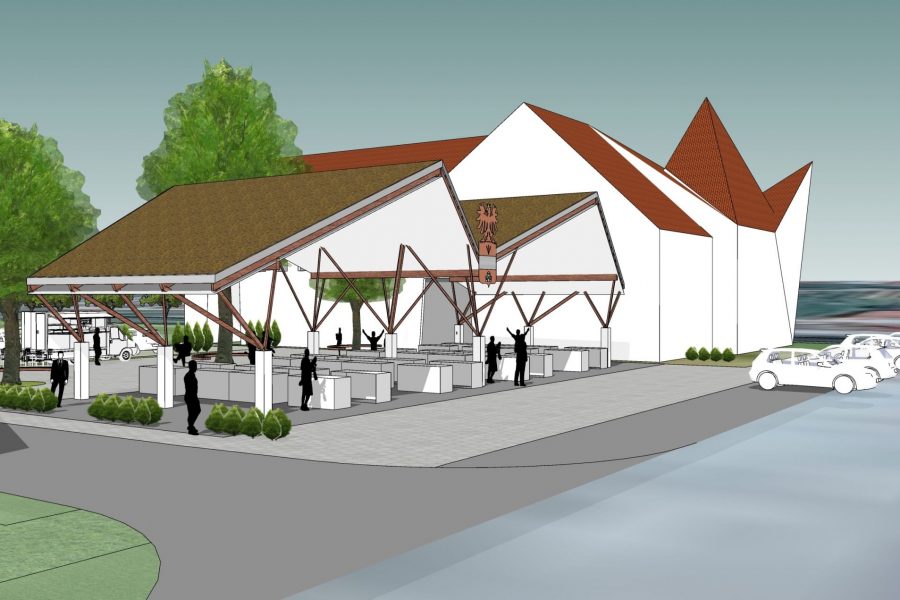 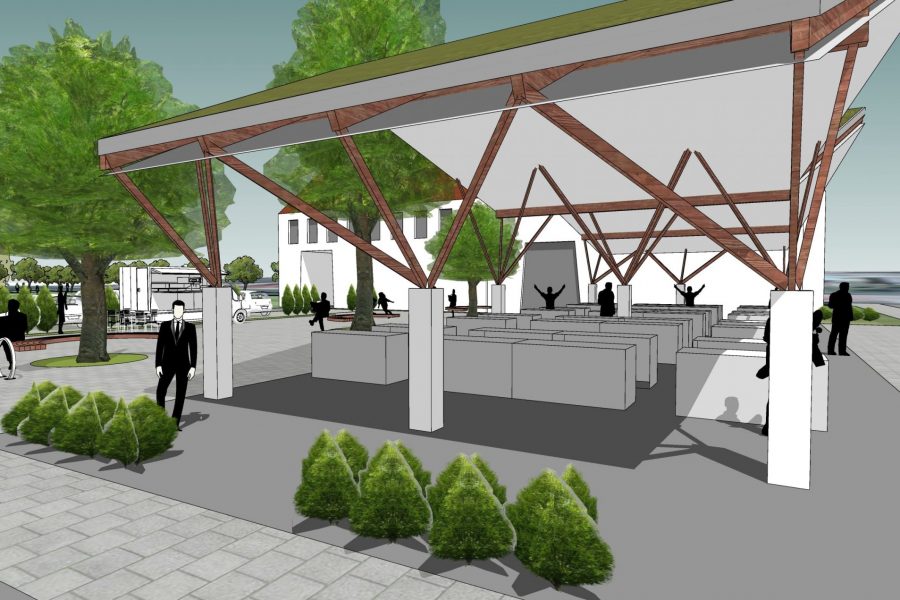 The town of Moldava nad Bodvou 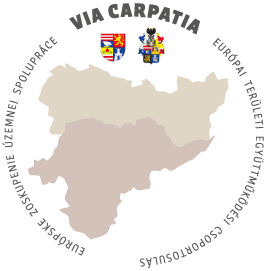